Queen Elizabeth II and the Duke of Edinburgh made their first state visit to the Republic of Ireland from 17th May to 20th May 2011, at the invitation of the President of Ireland Mary McAleese. It was the first visit by a British monarch to the Republic of Ireland since 1911 and the visit was seen as a symbolic normalisation of British-Irish relations following the signing of the 1998 Good Friday Agreement. She also delivered a widely praised speech on the 18th of May on the history of relations between the two countries and she offered her sympathy and regret to all those who had suffered from centuries of conflict between Britain and Ireland in a powerful and personal address to the Irish nation. This Wordle of her speech proves an interesting visual of the actual speech content, the emphasis she placed on certain words, and the message she attempted to get across to her audience. 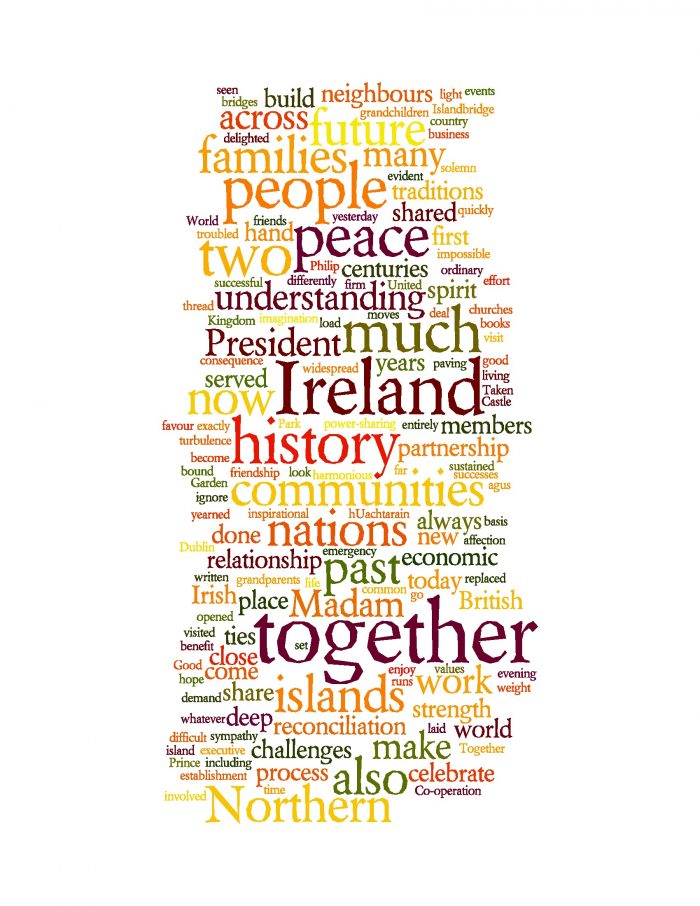