The persistent narrative of the effects of technological development in contemporary societies is uncritically accepted by policy designers, decision-makers and individuals as inevitable and determinedly positive in nature. The agenda for technology development, and in turn (re)shaping much of Western society, is primarily driven by computer scientists and strongly promoted by numerous futurist thinkers in the field. In the absence of critical awareness and dissent many now equate any and all technological innovation and development with the rhetoric of progress. For the past 200 years or so this has been a dominant driving force in Western cultures. In The False Promise of the Digital Revolution: How computers transform education, work, and international development in ways that are ecologically unsustainable, C.A. Bowers seeks to challenge the myth that technologies, and in particular print and digital technologies, are culturally neutral and fundamental to modern advancement. Expanding upon his previous work in this area, he argues that the Darwinian/market liberal ideology that is frequently used to justify a colonising agenda is leading to a world monoculture where data and print either ignores or replaces the global cultural commons. What is being lost, he suggests, in this process is the intergenerational knowledge and experience that has provided alternatives to a cash and consumer driven existence resulting in transformation in the viability of the natural world and heaps growing pressures on scare natural resources. 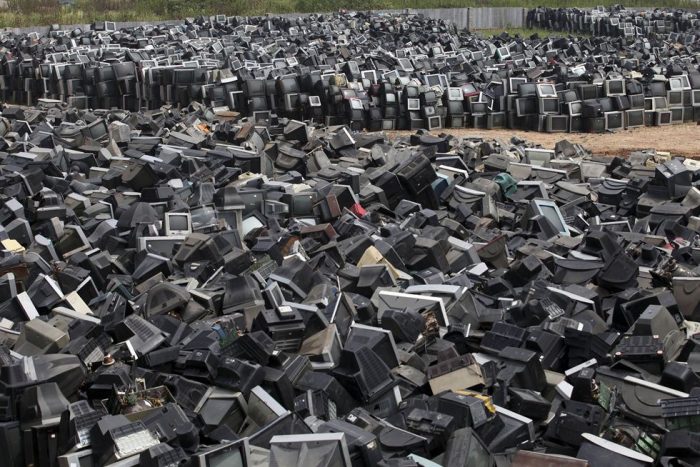 He focuses much of his attention on the way digital technologies gather, store and has become the prevailing mode of communications in contemporary societies reinforcing abstract thinking that is unable to grasp the complexities of local cultural and environmental contexts. Such cyber-mediated consciousness is unable to comprehend differences between ecologically sustainable and unsustainable beliefs and practices and the importance of such social interactions as face-to-face communications, personal memory and sensory awareness – a given of human existence – are essentially ignored. The connections between digital technologies and corporate capitalism, which is turning the vocabulary of environmentalists into media clichés, is considered, as is the uneven scale of influence and imbalance of power between community-centred and corporate capitalism. He argues for innovative ethnographic studies and empirical research into how the introduction of digital technologies are transforming the beliefs and intergenerational support systems in cultures right across the global, studies which should focus more robustly on patterns of moral reciprocity and on people living more ecologically sustainable lives. Bowers also argues that a history of regarding technologies as culturally neutral and an expression of progress has led to a condition were few teachers or university lecturers possess the conceptual background necessary for engaging students in debates about the cultural transforming, and sometimes ecologically damaging, nature of various new and existing technologies.

It is crucial not to lose sight of the important improvements that technologies have brought to communities and people’s lives; such as contributing to medical advances, the provision of information on a wide range of activities including changes occurring in the natural systems, and relief from the exhausting nature of some physical labour. More recently, digital technologies have had a powerful influence in shaping consciousness in the West but much of this is based on abstraction rooted in ideologies frequently at odds with preserving the cultural commons and environmental awareness. So how did this perception take shape and become dominant over time? Implicit in Bowers criticism that scientists and technology engineers don’t take the time away from their high degree of specialisation to inform themselves about the traditions of community self-sufficiency their inventions are undermining is the notion that social scientists are also neglecting this domain of research and appear unwilling, or indeed unable, to engage and debate with technologists at their level. Developers and engineers tend to present new technologies only in a positive light and social scientists should shoulder a portion of the blame for allowing this occur unchallenged. Social scientists must, therefore, confront the self-serving idea that engineers and developers are purely focused on the well-being of the public and must interfere in the realities of technology innovation and development to provide a more balanced, and perhaps realistic, assessment of its impacts and consequences.

The False promise of the Digital Revolution is a concise piece of text which challenges many assumed conventions about the new digital age. Bowers writing is thought-provoking and his hypothesis will not find favour with many internet utopians but it is an important, infrequently heard, critique of how digital technologies are transforming societies, not always for good. Particular attention is given to the potentially harmful ‘blind’ acceptance of online higher education and the suggested cultural and ecological weakness inherent in such courses. But I don’t share the authors broad pessimism in this regards as online educational strategies can contribute to more critical and informed citizens, and increased public debates around the uses and risks of digital technologies can form part of many of these courses. A measured and thoughtful online educational environment affords significant benefits in term of advancement for many disadvantaged peoples worldwide providing universal access to education and personal development, but such interactions should not be seen as the only or most important form of communications available.

Bower’s work complements the recent works of Carr (The Glass Cage) who explores the hidden costs of granting digital technologies dominion over our work and our leisure, Morozov (To Save Everything Click Here) who calls for more humane and democratic technological solutions, and Huesemann (Techno-Fix) who argues that technology perpetuates the same consumer-dependent and ecologically destructive practices and behaviours leading to ever increasing resource depletion and environmental harm. There is a pressing need to debate and discuss the diffusion of technology across societies in a manner that is cognisance of environmental limits and cultural considerations. Moreover, as Bower suggests; we need to recognise that scientists and engineers frequently don’t fully appreciate, or tend to ignore, the interconnections between cultural and natural ecologies. This process is aided by the globalisation of digital technologies which reinforce Western patterns of thinking and justifies a form of cultural colonising of non-Western cultures leading to the promotion of individual autonomy, corporate capitalism and its dependence upon a money economy, and lifestyles that are increasingly based on consumerism and resource depletion. Bowers work needs to be more widely considered if only to provoke all the sciences into reassessing their knowledge and position on technology development and diffusion, in particular digital technologies.