Ireland’s economy is now growing at its fastest rate in seven years, according to the latest Quarterly National Accounts [1]. The figures, published by the Central Statistics Office, show the economy expanded by 7.7 per cent in GDP terms in the year to the end of June. Gross Domestic Product (GDP) estimates are frequently used to measure the economic performance of a country or region. The more familiar use of GDP estimates is to calculate the growth of the economy from year to year and, indeed, more recently from quarter to quarter. The pattern of GDP growth is held to indicate the success or failure of economic policy and to determine whether an economy is ‘in recession’. But where does the concept, and the related Gross National Product (GNP),come from and what is actually measured?

President Roosevelt’s government used the statistics to justify policies and budgets aimed at bringing the US out of the depression. As it became more likely that the US would become involved in World War II, there was a concern about whether this would jeopardise the standard of living of US citizens who were just beginning to recover from the depression. GDP estimates were used to show that the economy could provide sufficient supplies for fighting World War II while maintaining adequate production of consumer goods and services [2]. It thus can be thought of as a measure of the potential fighting capacity of a nation at a given time.

The concept of GDP was developed by Simon Kuznets for a US Congress report in 1934, but even in this report Kuznets warned against its use as a measure of welfare. At the time it was conceived, GDP was a useful measure but the emphasis on growing GDP and economic activity is now leading the world back toward the brink of collapse. It is time for new goals with a broader view of interconnectedness among long-term, sustainable economic, social, and ecological well-being [2]. To this end I wish to reproduce a portion of a speech given by Robert Kennedy at the University of Kansas, on March 18, 1968. As governments struggle to measure wellbeing in other ways, it’s useful to look back at what then US Presidential candidate said about how this key dataset falls short:

“Even if we act to erase material poverty, there is another greater task, it is to confront the poverty of satisfaction – purpose and dignity – that afflicts us all.

It counts special locks for our doors and the jails for the people who break them. It counts the destruction of the redwood and the loss of our natural wonder in chaotic sprawl.

It counts napalm and counts nuclear warheads and armored cars for the police to fight the riots in our cities. It counts Whitman’s rifle and Speck’s knife, and the television programs which glorify violence in order to sell toys to our children.

Yet the gross national product does not allow for the health of our children, the quality of their education or the joy of their play. It does not include the beauty of our poetry or the strength of our marriages, the intelligence of our public debate or the integrity of our public officials.

And it can tell us everything about America except why we are proud that we are Americans.

If this is true here at home, so it is true elsewhere in world.” 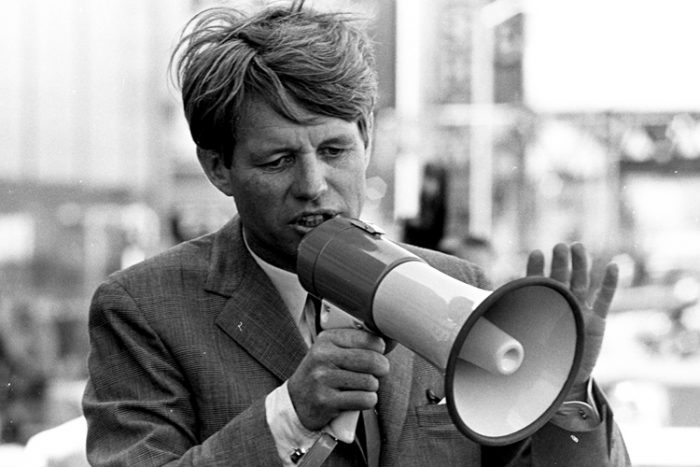 NB. Gross Domestic Product (GDP) and Gross National Product (GNP) are closely related measures. GDP measures the total output of the economy in a period i.e. the value of work done by employees, companies and self-employed persons. This work generates incomes but not all of the incomes earned in the economy remain the property of residents (and residents may earn some income abroad). The total income remaining with Irish residents is the GNP and it differs from GDP by the net amount of incomes sent to or received from abroad.In Ireland’s case, for many years past, the amount belonging to persons abroad has exceeded the amount received from abroad, due mainly to the profits of foreign-owned companies, and our GNP is, therefore, less than our GDP. (Central Statistics Office, Cork)