Every cloud has a silver lining, or so the saying goes. As we plummet even deeper into the most damaging economic crisis in the history of the state it can be difficult to imagine, never mind witness, any sign of this silver coating. However, in our midst are unsung community activists who have given tirelessly of their time, effort and enthusiasm in the promotion of sport and the healthy development of young people long before, during, and now after, the last whimper of the ‘Celtic Tiger’ can be heard. These are people who understand the concept and deep need of community in the natural development of society. As we chalk down the last painful experience of buying bogus Bulgarian property we should appreciate these people and truly value their work and, perhaps, consider offering our support and a helping hand from time-to-time.

Just last week saw the passing of one of these individuals with the death of Mick Dolan. Mick lived for Gaelic Football and although a proud Roscommon man devoted most of his life to the promotion of football in Galway City. Mick’s club was Fr Griffins and he drew immense pleasure from the initial triumphant years, even writing the definitive early history of the club. When things became difficult and player numbers began to dwindle a lot of people threw in the towel and walked away, but adversity only served to increase Mick’s zeal and dedication to his club. He spent countless hours assembling teams and drove thousands of miles bringing players of all ages to games all over the county. He did have help but he’s tireless enthusiasm and can-do attitude allowed me, and many other, develop a love for the sport and build friendships that endure today.

The reasons for the club’s difficulties is straightforward. As the city developed over the past few decades Fr Griffins were placed in a unique but damaging position. The GAA ethos is very much based on the concept of the parish and each player is tied to this recognised boundary setup. As new houses are built within a parish, potential players, officials and supporters manifest themselves. However, in the case of Fr Griffins the natural catchments area consisted of the old Heart of Galway City. The rapid development of the city from the 1980s meant many of these regions turned from residential to business areas. Those estates that remained residential were very much the older parts of the city, and the demographic profile therein also grew older. Where development is seen as assisting the majority of GAA clubs nationwide, for a handful of clubs like Fr Griffins it has proved to be detrimental. For example, when I grew up on Forster Street there was a vibrant community and we were even able to field our own team, with all players resident on the street. The Hynes’s, King’s, Wall’s, Qualter’s, Walsh’s, Feeney’s, Trill’s, Fahy’s, O’Reilly’s, to name but a few. In fact the present Galway manager, Liam Sammon, came from Forster Street and he also played his early football for Fr Griffins. Today, however, we are the last family left living on that street. People have moved away from the area and now pledge allegiance to their new parish and new clubs, leaving behind a decimated entity. Mick fought against this destructive tide that threatened to annihilate his beloved club for years and there are very few people from Bohermore, Woodquay, Eyre Square, College Road, Riverside, and the Claddagh who weren’t approached by Mick to play Gaelic Football over the decades.

All his work and dedication to Fr Griffins was done not out of self-gain but for the greater good of the sport, the community football serves, and the enrichment of society in general. George F Will, the US commentator & political columnist, wrote in 1941 “sports serves society by providing vivid examples of excellence”. In this respect Mick has more than served society and is indeed a perfect example of a real community hero. He will be sorely missed, ar dheis Dé go raibh a anam! 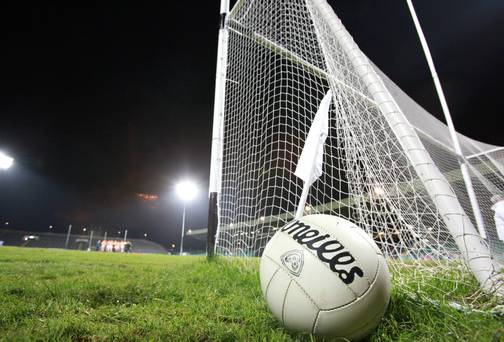